Even Lone Wolfs Need Their Pack

The decision to leave a steady job to become an entrepreneur is one that requires courage, strength of character, and a good measure of grit. As a business coach, I have worked with many different kinds of entrepreneurs and have learned there are several common traits among this special breed of business people. Outwardly, entrepreneurs demonstrate creativity, passion, resilience, and a strong sense of self. Privately, entrepreneurs often refer to themselves as “lone wolves” because most entrepreneurs are a team of one.

I am often asked what exactly distinguishes an entrepreneur from the rest of the pack. What is it that makes certain people have enough faith in themselves to take the high potential for failure head-on and have the determination to come out on top? Entrepreneurs know the rules they decide for themselves are the ones they have to live by. They don’t listen to those who tell them it can’t be done or the dozens of “no’s” they’ll get for every “yes”. Most entrepreneurs will tell you that even a tough day owning their own business is better than the best day working for someone else.

Most entrepreneurs start their business as solopreneurs, with only themselves to rely on to make sure the business is a success. Their business is typically run out of their home and they spend long days and nights working alone. Often, entrepreneurs are forced to go it alone because what they are working in a special niche of business that hasn’t quite been done before. The success they get out of their business greatly depends on what they put into it. This means that an entrepreneur has to ignore the outside world to ensure there are enough productive hours in the day. It is the mentality of individuality and the lone wolf personality that allows the entrepreneur to endure this self-imposed isolation. 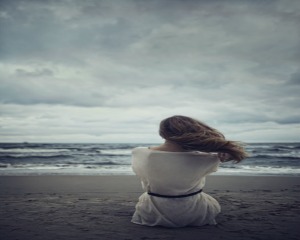 According to the Small Business Administration, there are nearly 28 million small businesses operated in the United States. Of all these businesses, 78.5 percent are individually owned and run with no other employees than the owner themselves. Thus, the lone wolf entrepreneur is the most common type of small business owner.

When someone leaves their corporate job to become an entrepreneur, they don’t just leave the security of a steady paycheck. They give up all the scaffolding associated with that job, the camaraderie of a team, and the mentoring of supervisors. Not only are they left to make their own coffee and figure out their own computer problems, there is no one around to support them when they are struggling with business decisions and worried about the direction of their career.

The lone wolf entrepreneur can often feel isolated from their friends and family. Many of my clients have told me that after they left their corporate jobs, many of their friends could no longer relate to them. I had one client tell me that her good friend of ten years misunderstood the passion for her entrepreneurial business as signs of menopause-induced mood swings! Another client confided in me that he had to find new guys to golf with because his old group thought he was going through a mid-life crisis and insisted that he go find a new job.

Most people are comfortable being part of a community and they have behaviors similar to a herd of sheep. Sheep are gregarious and band together while grazing. It’s not because they particularly like each other, but they do it for protection. Sheep will follow each other and if one moves, they all move.  Sheep like to maintain a safe zone between themselves and a perceived danger. If the perceived danger, say a lone wolf, comes too close to the herd they will all quickly increase their safe zone. 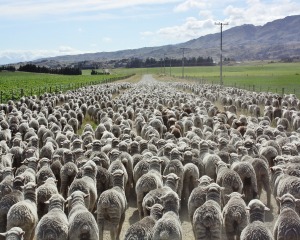 Is it any mystery why the lone wolf entrepreneur feels like an outsider?

Entrepreneurs would benefit from developing their own support system of like-minded individuals who understand their unique situation. Even lone wolves desire a pack and entrepreneurs need the understanding of their fellow visionaries who acknowledge their courage for going it on their own. Participating in an entrepreneurial group can help an entrepreneur “level up” and motivate them to get to the next growth stage in their business. Gathering with others who are venturing down the same path can quickly dissipate the anxiety associated with the inner conversation that says, “nobody understands me or my vision.”

I usually recommend that my clients take a few days a week to work in a co-working office. This form of communal working has become quite popular over the last few years and it allows for side-by-side engagement with other business owners to break up the isolation of the home office. Many large cities have co-working spaces that allow people to either pay a monthly membership or pay a per-day fee. Most co-working spaces that I have visited have a wonderful undercurrent of enthusiasm and it boosts morale to share the air with fellow visionaries.

It is important for entrepreneurs to recognize when they feel alone and not try to put aside those feelings. The “go-it-alone” personality trait of a lone wolf may be an intricate part of an entrepreneur, but staying connected with the outside world will prevent blocks in creativity and help to reinforce the aspirations of becoming a successful business owner. Always remember that you may occasionally feel lonely, but you are never alone. Remind yourself that you are on the right path to achieving your dreams and there are plenty of people that will celebrate with you!

Jillian Myers is a motivational speaker, book author, and business coach. She resides in Calgary, Canada, with her husband Daniel and her Portuguese Water Dog, Splash. Jillian is an active swimmer, gourmet chef, and lover of all food.

This site uses Akismet to reduce spam. Learn how your comment data is processed.